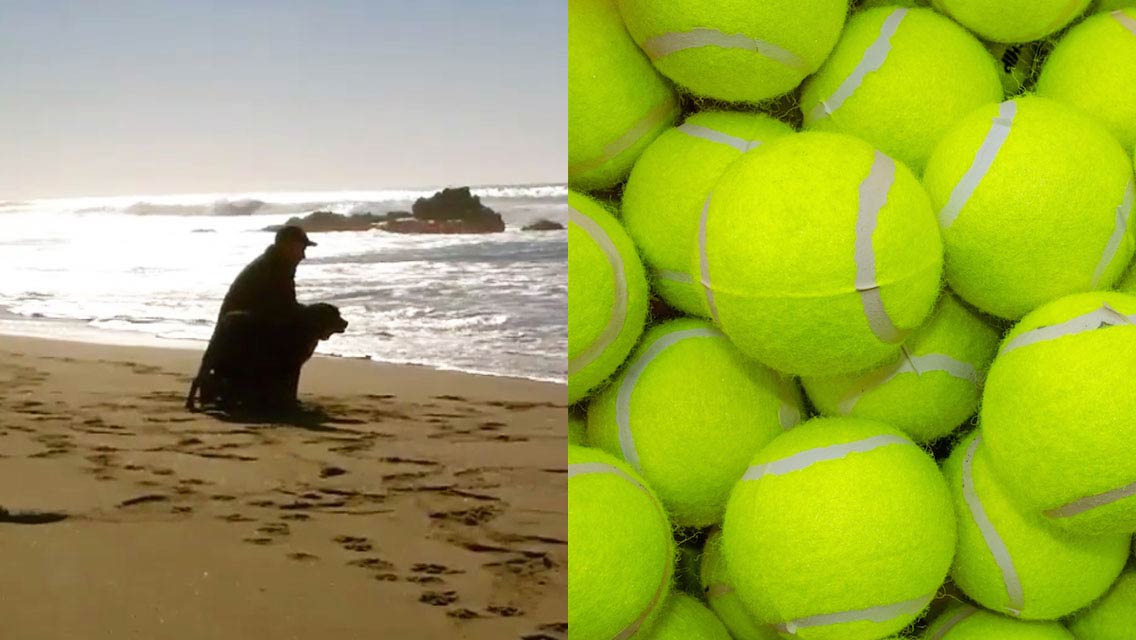 Two years after losing his dog, appropriately named Everything, Chris R. took to Instagram to honor his best friend.

The post, however, was about more than just his love for Everything, but about the love we all have for our dogs.

In his post, Chris offered to mail a free tennis ball to anyone who wanted one saying, “I hope that all the people who get a ball from me will use it to spend some quality time with their best friend.”

Since posting the offer, MNN reports that all 100 tennis balls are accounted for. Chris plans to buy more so he can send a ball to every single person who responded to his post.

In a later addition to his post, Chris shared that he was blown away and grateful for the outpouring of support.

Everything passed away on January 23rd, 2014 and MNN reports that Chris hopes that on that day this year, “there will be at least 100 dogs around the country, and possibly around the world, who get some quality tennis ball time. All in honor of Everything.”