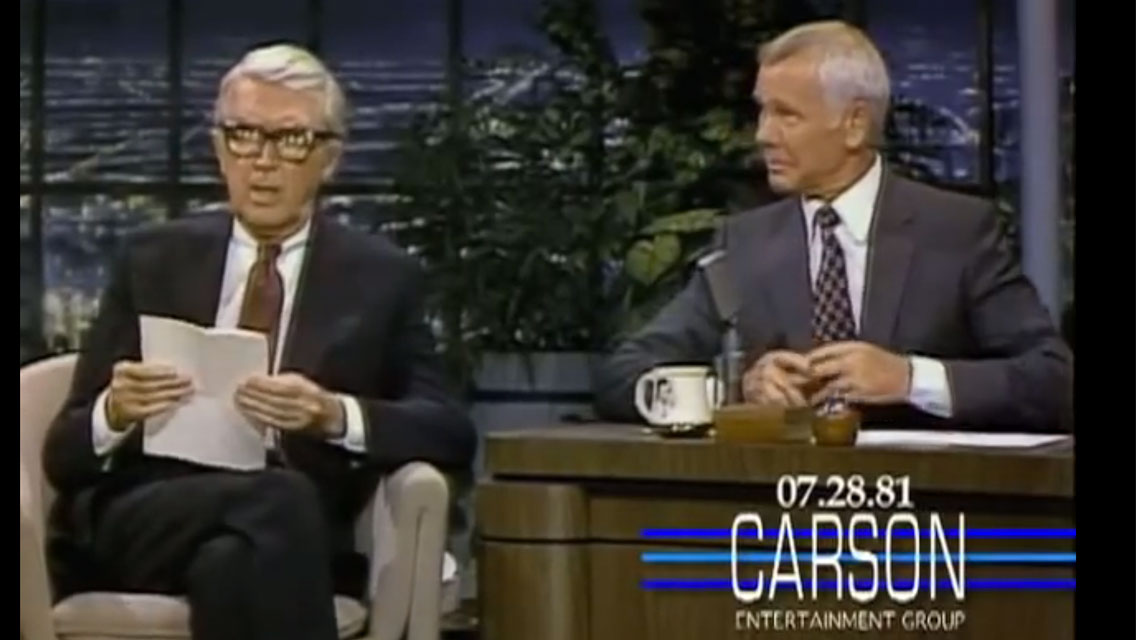 In honor of Throwback Thursday, we pulled this oldie-but-goodie out of the archives. In this clip from a 1981 episode of The Tonight Show Starring Johnny Carson, actor Jimmy Stewart, of It’s a Wonderful Life and The Philadelphia Story (among many, many others), reads a poem he wrote about his late Golden Retriever Beau.

The emotion Stewart shows reading this poem about the dog who could never quite master any basic commands, but still won the legendary Oscar–winning actor’s heart, isn’t only a story of a man and his dog. It also represents the bond we all make with our animals in the short time they have with us.

In a Psychology Today article, Stanley Coren, Ph.D., FRSC, the columnist of AKC Family Dog’s “Why Does My Dog Do That” column, discusses a conversation he had about dogs with Stewart while they were both waiting to be interviewed for a television show before the actor passed away in 1997.

“I suppose the truth is that I'd rather have a happy dog than a trained one,” Stewart reportedly told Coren. “My dogs have never been good at things like 'sit', 'stay' or even 'come'.” He went on to explain that when filming The Magic of Lassie, he noticed the dog who played Lassie would get excited and jump on his trainer. “If the world's best trained dog can jump around to show he's happy then my dogs should be allowed to do the same,” he said.

The poem about Beau touches on the lack of training in the Stewart household:

When he was young

He never learned to heel

Or sit or stay,

He did things his way.

Beau also slept in bed with Stewart and his wife, Gloria. “I know that I should have pushed him off the bed, but I didn't,” he told Coren. “… Somehow, my touching his hair made him happier, and just the feeling of him laying against me helped me sleep better.”

When Beau got ill, Stewart left a movie shoot to spend a few days saying goodbye. The poem he wrote to memorialize his old pal, which he read on The Tonight Show, became legendary, making it into a book called Jimmy Stewart and His Poems.

Stunning Vintage Photos of Celebs and Their Dogs