It’s French Bulldog Puppy Vs. Cat And Guess Who Wins 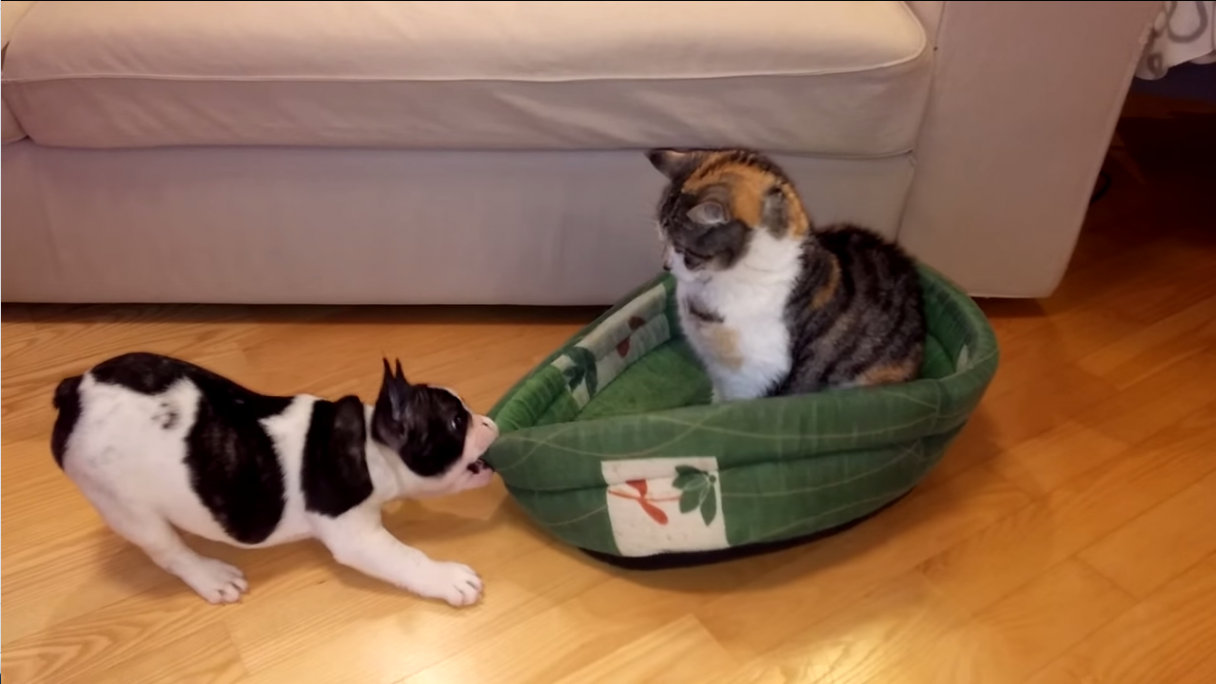 The relationship between cats and dogs is always hilarious. Sometimes they’re best friends and do everything together. Other times they hiss and fight and scratch each other. You never really know what you’re going to get. Especially when you’ve got a French Bulldog puppy and cat fighting over a bed. Well, OK, if we’re being honest, it’s not a fair fight at all. The cat plants itself in the bed and refuses to move and the silly puppy tires to be stealth and tug at the bed, with no success. The more he tugs, the more the cat sits still as a statue. The cat is probably like, “You have got to be kidding me, what is this pug doing?” The video is absolutely cute and hilarious, something you have to see.