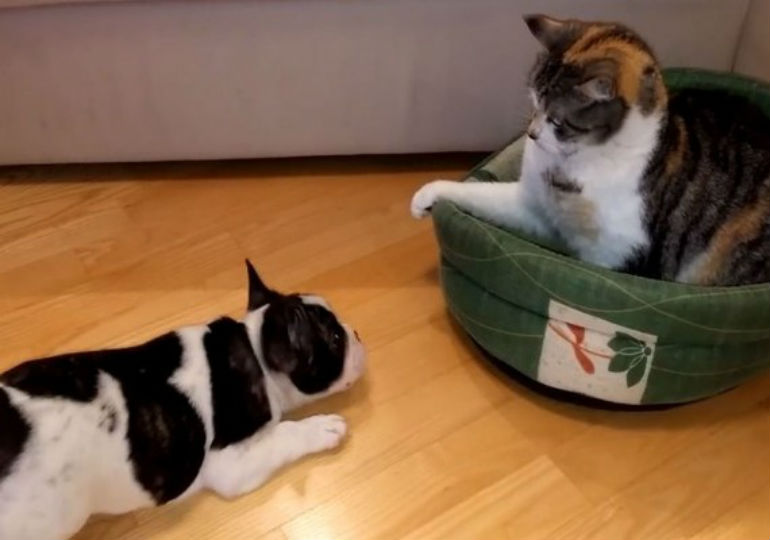 He just wants what's rightfully his.

Watch this adorable 10-week-old French Bulldog as he goes through all four phases of negotiating with an old sibling: whining, negotiating, using force, and ultimately giving up.

Can't get enough of Frenchies? Well, neither can we. Watch this video of a Frenchie puppy doing some pretty impressive tricks.

And hear this cutie's bizarre bark.

Think the playful, smart, and adaptable Frenchie is the breed for you. Check out French Bulldog puppies on the AKC Marketplace.