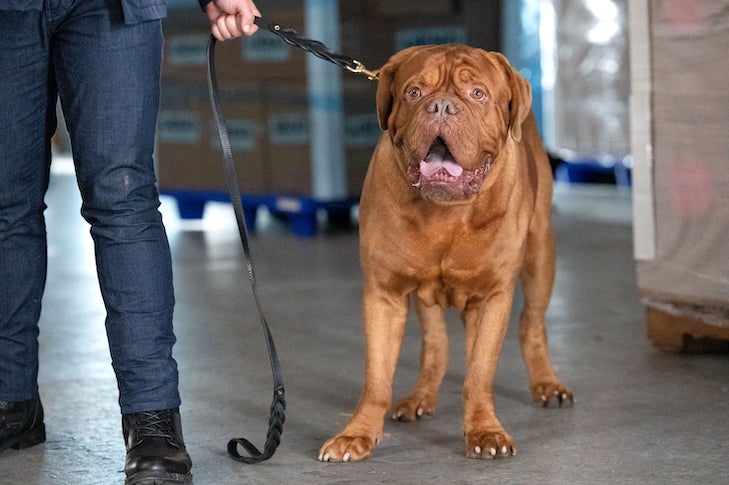 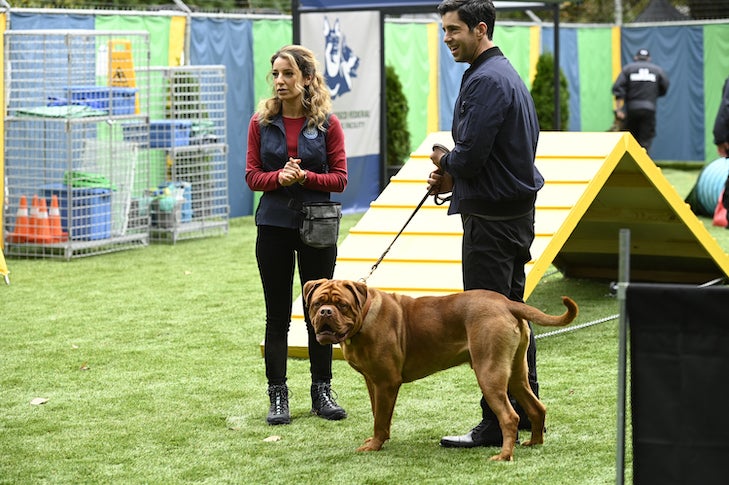 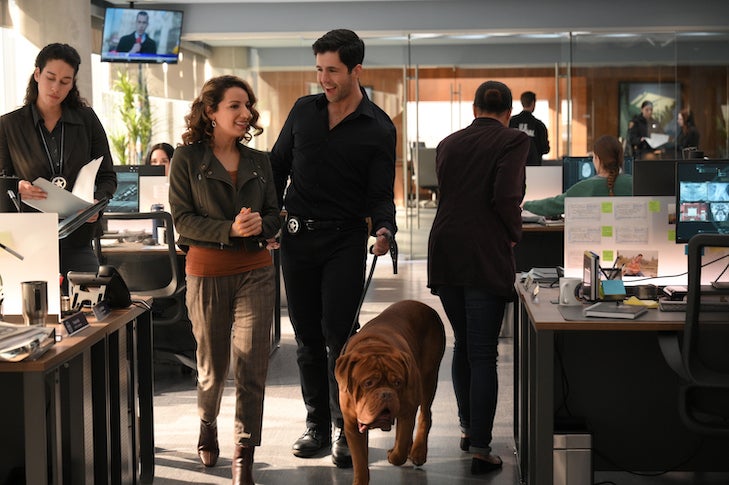 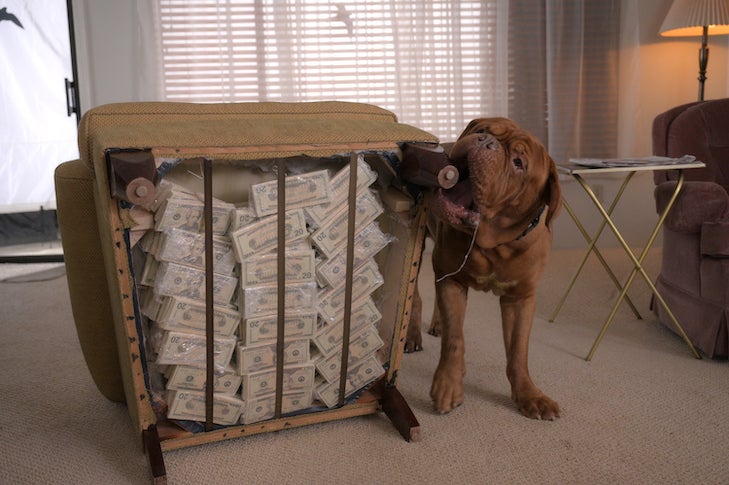 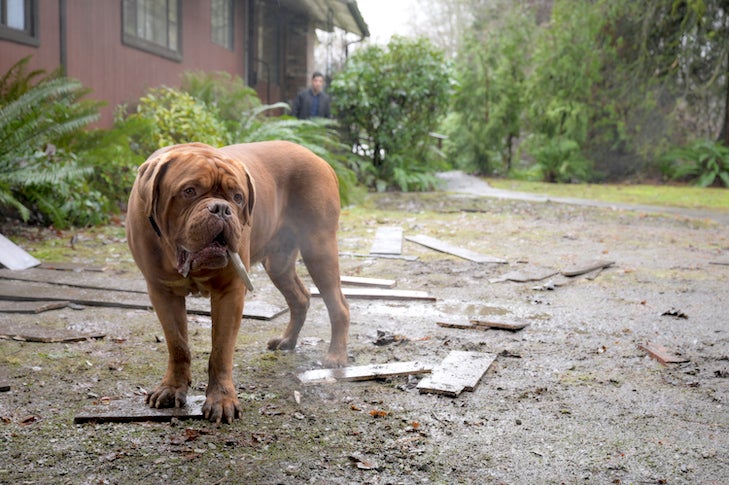 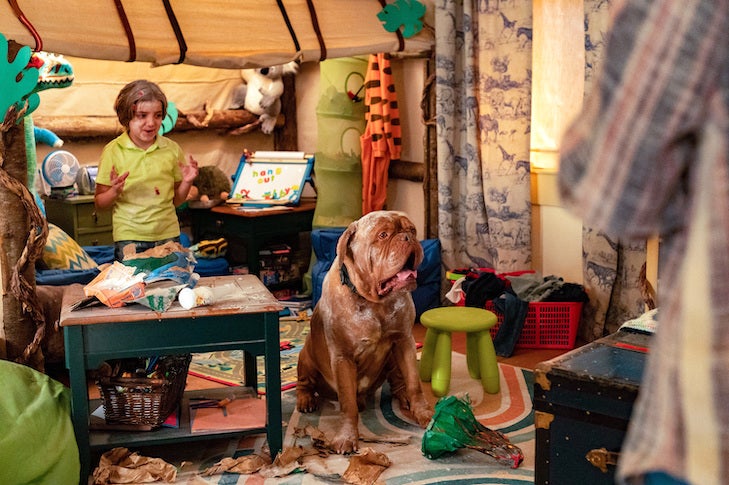 Not one but five burly, brown-nosed Dogues de Bordeaux star as “Hooch” in the series sequel/continuation of the 1980s film “Turner & Hooch”. The dogs, named Arnie, Hammer, Obi, Cyd, and Mya each play an important role in filming.

Most Americans learned about this French breed from the 1989 movie, starring Tom Hanks. In the movie, Hanks plays a police investigator who inherits a Dogue de Bordeaux who happens to be the only witness to a murder he is trying to solve.

“That’s the Hooch dog!” people would invariably say when they saw a Dogue in the flesh.

Today, a new generation falls in love with the Dogue de Bordeaux in the 2021 Disney+ series.

“I was obsessed with them upon first sight,” Lengies says. “They’re so beautiful. Their fur was this rich orange and they’re so sweet and their eyes just look at you with nothing but love. And they slobber! From the trainers, I learned that it’s not about knowing how to say the command or trick. … It is mostly about the relationship that you build with the dog and how much he can trust you. Obi was my fav orite because he and I had a special connection. … If I had to make an adjustment in a scene, he would follow me or change it, just for me. I really loved our connection. He’s also the most drooly out of all the dogs. So, for any drool shot, you’d have to call Obi, which was so cute.”

Obi (Silver G.Ch. Camelot’s A New Hope) has a long list of accomplishments, including winning Best in Breed at the 2020 Westminster Kennel Club Dog Show. As the oldest of the dogs on set, Obi is also the father of Cyd, another Dogue de Bordeaux playing Hooch.

“I would always tell the director that Obi needed to be on my left side,” Lengies says. If he had to, he’d walk on her right, but he wasn’t comfortable. “The second you put him on the left side, he was like, Oh, I’m home. Obi is definitely a show dog.”

Turner & Hooch is available to stream on Disney+.

Take your puppy to training classes and earn the AKC S.T.A.R. Puppy distinction. Learn the foundation for basic obedience skills such as sit, down, and come.
*Turn off pop-up blocker to download
AKC Privacy Policy