A Celebration of Irish Dog Breeds in Honor of St. Patrick’s Day! 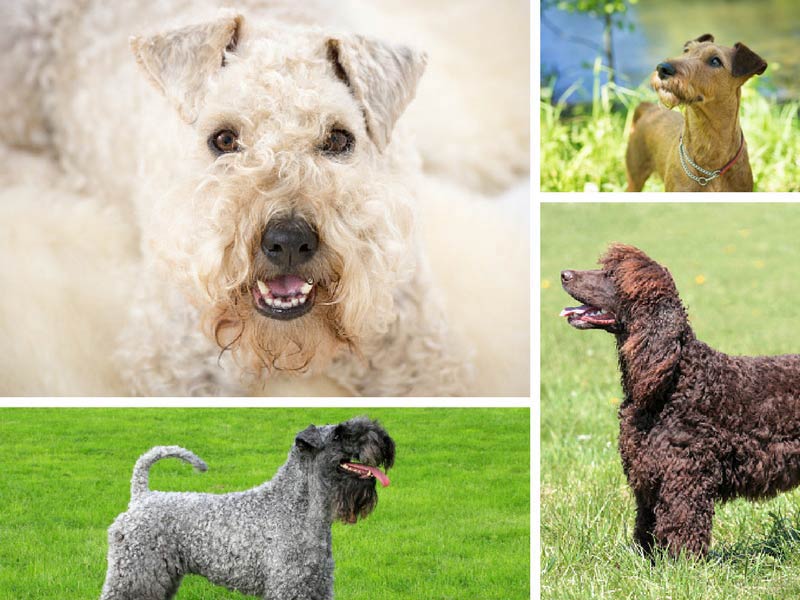 In honor of St. Patrick’s Day, we’re celebrating some of the loveable breeds of Irish descent. Notable Irish breeds include the Irish Red and White Setter, the newest recognized breed of the bunch, as well as the Irish Setter and the Irish Water Spaniel, which share a special place in the AKC’s history. They were among the nine breeds recognized by AKC at its inception in 1884.

Learn more about these breeds from the Emerald Isle and celebrate St. Patrick’s Day with a green toy or treat!

Glen of Imaal, which is a valley in the Wicklow Mountains, is the region in Ireland after which this hardy breed is named. Longer than tall and sporting a double coat of medium length, the Glen possesses great strength and conveys the impression of a dog of good substance. This is a working terrier that must have the agility, freedom of movement, and endurance to do the work for which it was developed. Like its Irish counterparts, the Glen is also courageous and always ready to give chase. When working, it is active, agile, silent, and intent upon its game. Otherwise, the Glen can be docile and a companion for families with older children.

The Irish Red and White Setter (IRWS) has been known in Ireland since the 17th century. While the Irish Setter surged in popularity, the IRWS reached near extinction until the breed was revived in the 1920s. The IRWS is now known as a prized gundog. They are primarily field dogs that are powerful, athletic, and high-energy. They require daily exercise and are great companions for active families. Irish Red and White Setters are also eager to please and are said to have a soft temperament. While they’ve been around since the 17th century, this dog is the newest of the Irish breeds to recieve AKC recognition.

Green may be the color of the Irish, but deep mahogany or rich chestnut red is the color of this four-legged beauty. The Irish Setter was recognized by the AKC at its inception and is part of the Sporting Group. Irish Setters have rollicking personalities and require a good amount of exercise to satisfy their breed instincts; they are tough and tireless field retrievers. They are also loving companion dogs that enjoy the company of children. It takes about three years for this breed to fully mature into adulthood, so if you’re considering bringing an Irish Setter into your home, you should be prepared for an active, fun-loving dog.

This breed was featured in the 2007 movie “Firehouse Dog,” where it was cast as a canine hero. Not surprising, considering that Irish Terriers were used to transport messages between troops on the front lines in World War I. Their bravery and spirit make them incomparable pals, and they possess great tenacity. Loyal and friendly, Irish Terriers hardily adapt to any situation, and they are deeply committed to their owners. Irish Terriers served as longtime mascots for the Notre Dame football team, providing halftime entertainment for adoring crowds.

This breed has been referred to as the “Shannon Spaniel,” the “Whiptail Spaniel,” and the “Rat Tail Spaniel.” Distinguishing characteristics are a topknot of long, loose curls and a body covered with a dense, crisply curled liver-colored coat, contrasted by a smooth face and a smooth “rat” tail. First recognized by the AKC at its inception, this ancient breed is a natural water dog. Irish Water Spaniels are devoted to their family and cautious around strangers. They are impressive dogs and possess a quality of endurance that makes them equally agile in the water and in the field.

The Kerry Blue hails from the Irish county of the same name; he had been known in that section of Ireland for more than 100 years. Known for his superior working and hunting skills, the Kerry Blue is used for hunting small game and birds and for retrieving from land, as well as water. Although he is small in stature, he is an unsurpassed watchdog and herder of flock. In some instances in England, he has even been used for police work. The breed was first recognized by the AKC in 1922 and came into the national spotlight when CH. Torums Scarf Michael won best in show at the 2002 AKC/Eukanuba National Championship.

A truly Irish breed, the Wheaten has a special connection to St. Patrick’s Day, having first appeared in the show ring at the Irish Kennel Club Championship on March 17, 1937. The name of this breed describes the characteristics of the coat—soft, silky, with a gentle wave, and of warm wheaten color. Underneath is a formidable dog that enjoys plenty of exercise every day. Most Wheatens are spirited when greeting people and are extremely alert in their surroundings. They are quick learners and love to travel with their owners.

And now you know a little bit more about the breeds hailing from Ireland. Happy St. Patrick’s Day to all! To learn more about dog breeds from all over the world, click here.