7 Ways Great Danes Stand Above It All 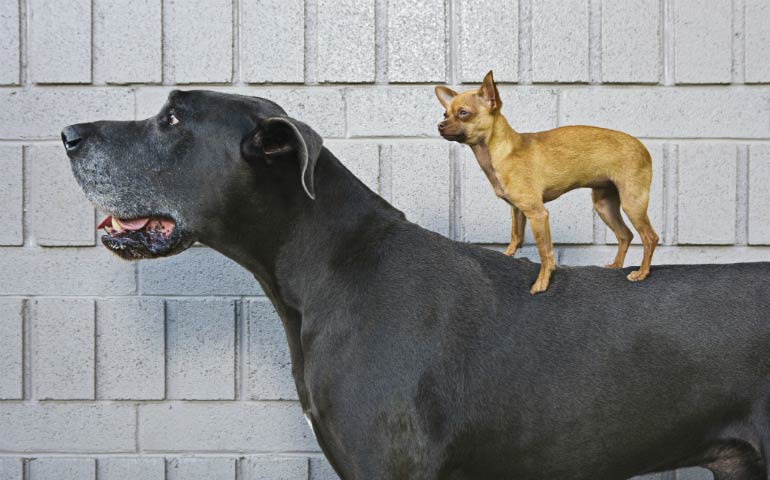 Strength, intelligence, boldness, and agility are all traits that apply to the powerful Working Group breed known as the Great Dane. But if you ask the average person on the street to name the most striking feature about these dogs, the answer will likely be: “They are so tall!” That's true. The breed standard specifies males should be no smaller than 30 inches at the shoulder, and taller is better, as long as the overall physique is balanced and graceful.

Their legs give Great Danes the appearance of an animal more likely to have hooves than paws, which is why owners of these giants must learn to smile and nod politely, no matter how often they hear the question, “Hey, where's his saddle?”

Long legs, however, are not the only thing that makes the Great Dane a towering presence. Here are just a few other reasons why this breed stands above it all: