6 Things You Didn’t Know About the Belgian Tervuren 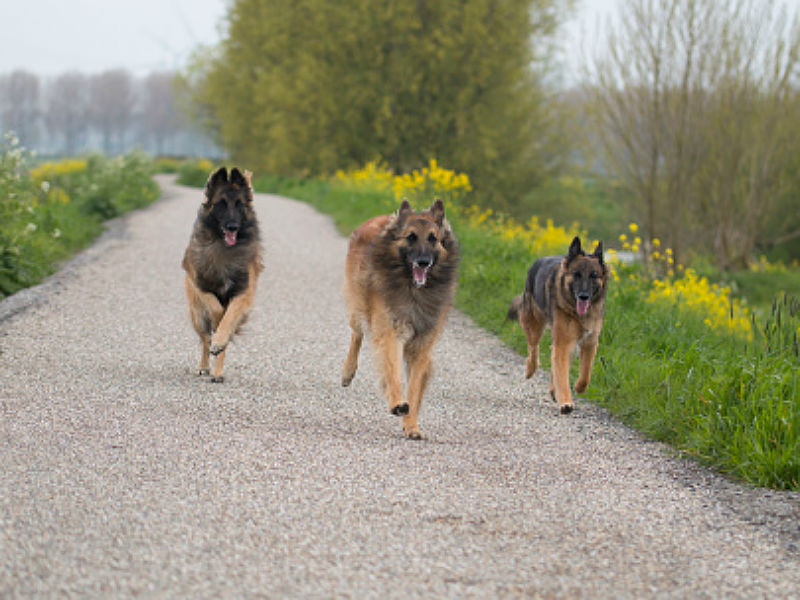 1. They Were Bred To Be Herding and Guard Dogs

The Belgian Tervuren was originally developed as a versatile farm dog that could herd livestock and guard the animals and the property. The Tervuren is actually one of four types of Belgian sheepdogs (the other three being the Belgian Malinois, the Groenendael, and the Laekenois), which all served as herders and guard dogs.

2. In Some Countries, the Tervuren Is Not a Separate Breed

3. They Were Named After a Belgian Village

The Tervuren was named for his place of origin. Tervuren is a Belgian village that was home to a man named M.F. Corbeel, who owned the two dogs that would become the breed's foundation couple.

4. The Foundation Couple Worked at a Brewery

A man of many talents, Corbeel was a brewer, as well as a dog breeder. He used his dog, Tom, to pull his beer cart during the day and guard the brewery at night. Corbeel mated Tom to Poes, his female dog, and this pairing became the foundation of the modern Tervuren breed.

5. The First Ever AKC Herding Champion Was a Tervuren

Industrialization reduced the need for herding dogs, but Belgian Tervuren still retain their natural herding ability. The first recorded champion of the AKC herding championship was a Tervuren.

6. Tervuren Are Used as Police Dogs in Belgium

In the United States, the Belgian Malinois is a more popular breed for police and military work, but Tervuren are often trained to work with police in Belgium. Tervuren often perform well at Schutzhund, a canine sport that originated in Germany in the early 1900s to test German Shepherd Dogs on their working ability.