10 Popular Dog Sayings and Where They Came From 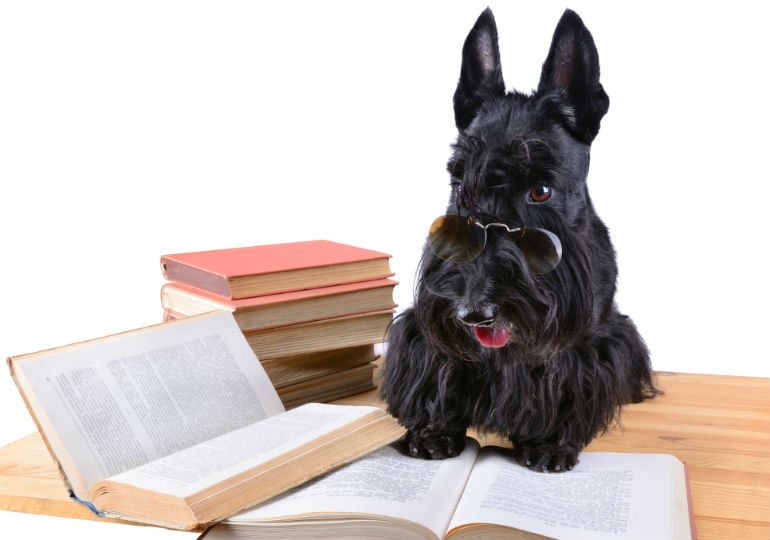 Think about all of the idioms or old sayings we use everyday. If you actually try to parse their meanings, sometimes they seem nonsensical. For example, what on earth does 'raining cats and dogs' mean? We know what we mean when we use the expression, but where did it come from? That is just one of many expressions with the word 'dog' in it and the following is a sampling, with their probable origins.

Raining cats and dogs: as with many idioms, there are several possible origins. According to the Library of Congress, this phrase may come from Norse mythology. Odin, who was the god of storms, was often shown with dogs, who represented wind. Witches riding brooms were depicted with cats, who symbolized rain. The phrase may come from the Old English word, catadupe, which mean waterfall. Or it may derive from the Greek phrase cata doxa, meaning contrary to experience. In other words, it's raining so hard that it's extraordinary.

Three dog night: You know the band, but do you know the origin of the phrase? Popularly thought to have originated in the Australian outback, it may have actually originated in Siberia, where the Chukchi bred Siberian Huskies. Either way, it refers to a night so cold that you need three dogs in the bed with you to keep warm.

Dog days of summer: Meant to describe the the hottest days of the year, this has nothing to do with actual dogs. It refers to the star Sirius, which the Greeks called the Dog Star. In late July or early August, Sirius rises with the sun and so coincides with the hottest, most sultry time of the year. The early Romans and Greeks associated it with heat, fire, fever and suffering; and Homer refers to it in the Iliad:

Sirius rises late in the dark, liquid sky
On summer nights, star of stars,
Orion's Dog they call it, brightest
Of all, but an evil portent, bringing heat
And fevers to suffering humanity

Today, it's also associated with the least productive, most inactive time of the year.

The dog's breakfast: As William Safire noted many years ago in the New York Times, dogs don't typically eat breakfast. So where did this come from? It means something thrown together hastily of random leftovers and tidbits. In other words, an unappetizing mess. Safire traced it to Scotland in the 1930's, although it may have originated in Australia.

A dog-eat-dog world: The old Latin proverb, Canis caninam non est means “dog will not eat dog.” Our modern expression is a play on that, meaning that the world is so vicious that a dog would even eat a dog. Or, as we use it, take what you want and only look out for yourself–because that's what everyone else is doing.

Hair of the dog: This is one of the few idioms that had a literal meaning, with the original expression being “hair of the dog that bit me.” Medieval belief had it that if one was bitten by a rabid dog, the only cure was to put some hair from that same dog on the wound. Today it most commonly refers to a night of drinking and then drinking again in the morning to cure the subsequent hangover–which it won't.

Dog-eared: Since at least the 18th century, this has referred to the page of a book with a corner folded down to resemble–what else? A dog's ear. A dog-eared page marks something the reader wants to find again or something particularly important. Many book-lovers frown on the practice, so please don't dog-ear a borrowed book!

Dog and pony show: Today, this is a popular business terms to describe a presentation or pitch with lots of frills and hoopla, that goes overboard to impress the audience. It comes from 19th century small traveling circuses, when horses and dogs were about as exotic as the animals got; no elephants, tigers or dancing bears. It also implies deceptive and over-inflated claims, such as a circus promoting their 'wild animal show' when in fact, all they really had were dogs and ponies.

Barking up the wrong tree: While this expression doesn't use the word “dog,” anyone who's ever owned a hunting dog knows where it comes from: your dog chases his prey up a tree, but the object of his hunt has escaped, or your dog lost the scent along the way and is now quite literally barking up the wrong tree. It has come to mean pursuing an action or thought that is misguided, or to make an incorrect assumption about something.

Don't keep a dog and bark yourself: Although we don't use this phrase much anymore, the meaning is clear: why do something yourself when you've hired someone else to do it? It's a very old expression, dating back to at least the 1500's. The earliest citation of the phrase is from Brian Melbancke: “It is smal reason you should kepe a dog, and barke your selfe.” There's also a more modern interpretation which means that you should not seek advice from wiser or more experienced people and then not follow it.

It's interesting to remember that almost any colloquialism we use in everyday conversation has its origin somewhere in the past. Next time you use one of these dog expressions, you can entertain your friends by explaining where the saying came from.

Do you have a favorite dog expression that isn't described here? Post it in the comments section, along with anything you know about it.