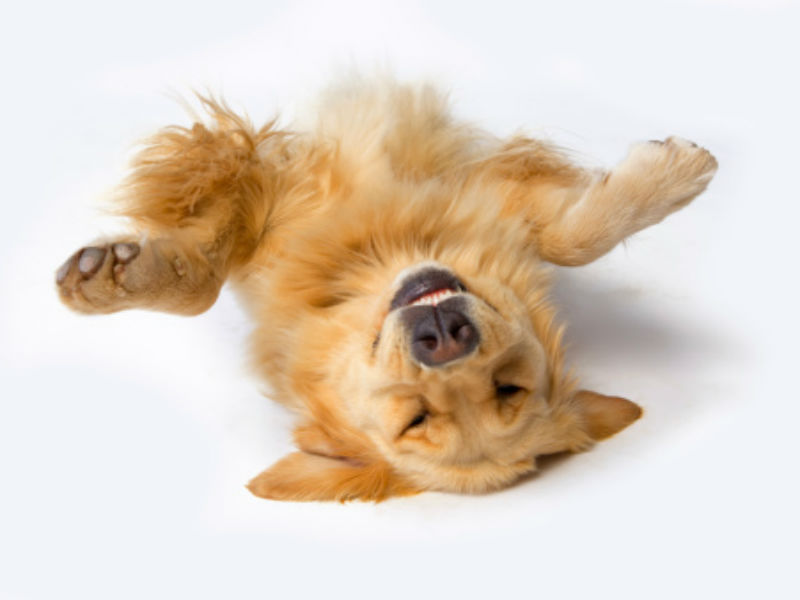 We're not sure why, but “play dead” is one of the most popular dog tricks around. It's also a relatively easy trick for your dog to learn and endlessly entertaining for us humans. Look how well these dogs perform their “death scenes.”

This smart little Corgi doesn’t need much coaxing to roll over and play dead with a smile.

I told her to act like she was dead. I'm so proud of her ❤️ #dog #trick #love #sun #training #dogtraining #dogtricks #dogplaysdead

For a breed that would always rather be on the move, this Labrador Retriever stays impressively motionless!

This German Shepherd is quite the drama queen. She even adds an Oscar-worthy cry before her last breath.

Beagles are known for their scenting abilities. But beware — dirty socks can kill! Look what they did to this guy.

Border Collies are extremely smart, so smart they may get away with a little mayhem. And what better way to avoid a scolding than to play dead? “I didn’t do it! I didn’t do it! How could I? I’m dead!”

Although West Highland White Terriers will chase anything that moves, they’re also born entertainers. This Westie has perfected his death scene…or fallen asleep.

Have you ever seen a happier ‘dead' dog? This Golden Retriever does his best to play dead, but his tail has a mind of its own.

We could swear this Samoyed said “Don’t shoot!” before he played dead.

As easy-going as the Bernese Mountain Dog is, it’s not a stretch for him to play dead. This one has quite the death scene. He staggers, he falls, he’s dead!

The Corgi hits the floor. The Dachshund, a breed with a strong sense of independence, takes longer.