10 Dogs From the 90s You’ve Probably Forgotten About 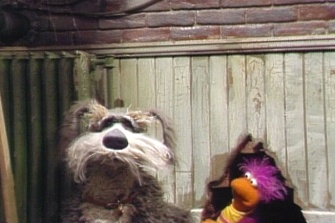 Here's a blast from the past! These dogs were All That” and then some.

This Jim Henson television show with the Best. Theme Song. Ever. opened with an image of the scruffy dog gnawing on his toy in Doc's workshop. Throughout the series, he was seen trying to alert his master to the Fraggles or chasing after Gobo. Later, he befriended the underground-dwelling muppets and even got his own episode.

9. Hound Dog from Saved by the Bell

Saved By the Bell taught us many important life lessons: Caffeine pills are bad news, trying to trick girls into dating you using subliminal messages will most definitely backfire, and never, ever, ever bet your friend's dog in a poker game. Zach Morris almost got Screech in some deep doggy doo doo when he lost Hound Dog, the Basset Hound of Screech's Elvis-obsessed mother, to Maxwell Nerdstrom in a game of cards.

Who doesn't love Beethoven? Well, besides George Newton. The messy, poorly behaved Saint Bernard famously got mud all over the sheets and ruined a barbecue—but still won the family over in the end.

Border Collie and herding-dog extraordinaire, Fly is gets second billing to Babe, but in our minds, is the real star of this flick.

5. Charlie from All Dogs Go To Heaven

Technically, this was released in 1989, but we're counting it as a 90s flick since it gained popularity after its release. After being murdered by his nemesis, named Carface, Charlie sets out to prove “you can't keep a good dog down.”

Who can forget Tommy Pickles' beloved four-legged friend, Spike? (Can't you even hear his little scratchy baby voice calling the dog's name now?) Save this fact for trivia night: He was also married to a ridiculous-looking purple-and-white Poodle, named, you guessed it, Fifi.

3. Quark in Honey, I Shrunk the Kids

This Russell Terrier, who is completely terrified of cats (like no Russell ever), got to be a hero twice: first by stopping Wayne Szalinski from eating the next-door neighbor in his cereal and later by bringing the rest of the flea-sized kids back into the home.

2. Hercules, a.k.a. The Beast in The Sandlot

The legend surrounding this dog made him out to be a horrifying man-eating monster. Doomed were any who dared to enter his lair (the backyard). But when a prized baseball signed by Babe Ruth lands in Beast-run territory, the boys discover his bark is bigger than his bite. Then they became best friends. Forr-evvv-errrr.

You may remember this anthropomophoric blue dog as Doug Funnie's sidekick. He walks, rides a bike and a motorcycle, and plays several instruments, including violin, drums, and guitar (but was surprisingly absent from the Killer Tofu video).