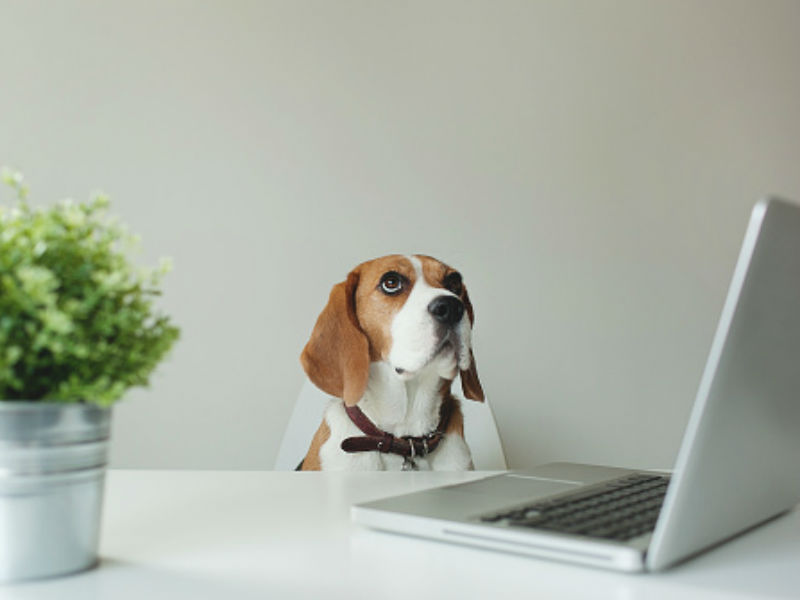 Tax day is coming, just a little later than usual: the filing deadline is three days later this year, falling on April 18 instead of the usual April 15.

That’s partly because of where the traditional April 15 tax deadline falls in the week in 2017. The deadline is always postponed if April 15 is on a weekend or a holiday, and this year April 15 falls on a Saturday.

The wish to avoid weekends pushes the deadline past Sunday too, and the traditional avoidance of holidays means the Internal Revenue Service won’t be collecting your filing on Monday, April 17, either, because this year that’s when the United States will observe Emancipation Day, marking President Abraham Lincoln’s Emancipation Proclamation.

But the unusual deadline date doesn’t mean you shouldn’t already be thinking about your tax return, especially if you’re planning to write off expenses related to a dog breeding business.

First, a cautionary note: dog-related deductions and other write-offs from activities that could also be hobbies can trigger a red flag at the IRS.

But sound basic business practices will make tax season easier to navigate and help keep your dog-related activities on solid footing with the IRS, whether you’re a full-time professional breeder or only earn occasional income as a hobby breeder, tax advisors say. And that is where you should start when you have a tax question: with a professional tax advisor.

In the meantime, here’s some food for thought as tax season approaches.

One basic thing to remember is even if you breed dogs as a hobby, income you make from that activity — e.g., when you sell a puppy — is taxable.

But don’t be tempted to write off breeding-related business expenses on what is really a hobby.

“Pets are fun, and any kind of business that’s looked at as being fun is more likely to get a second glance from the IRS because it can also be a hobby,” explained Jan Roberg, founder and principal owner of Roberg Tax Solutions in St. Louis, MO. “That’s why you want to be extra-careful with your records. If you’ve got four dogs and only one of them is the breeding dog, don’t claim all of your expenses; only claim 25%. If you really aren’t doing it as a business, but you sold some puppies and you want to declare the income, put it on Line 21 as hobby income. Hobby expenses are claimed on your Schedule A on line 23.”

Start by asking yourself some questions about your breeding program and giving honest answers.

“Are you regularly breeding your dog? How many litters a year are you breeding? Are you intending to make money or are you doing this for fun because you like the experience of raising puppies?” Roberg said. “Everybody is going to have a slightly different answer to these. Some people get a dog and just want to have one litter because they want the experience. And even though they made some money selling the puppies, that’s not really a business; that’s a hobby.

“But then you get people who are more serious and they want to do this professionally: they have a breed they really care about and they’re going to breed a litter a year. Or maybe they have a couple of dogs that they’re breeding and planning on making money. The first question is, ‘Are you in this to make money?’ If that’s your game plan, to make money, then that makes you more likely to be a viable business, as opposed to someone who is in it just for the fun of it.

“But if you’re serious about being a business, don’t be afraid to write off your expenses,” Roberg added. “Just recognize that you’re more likely to get looked at. If you’re serious about a dog business, set up a separate bank account. Make sure that any money that comes in for the business comes into that bank account, and any expenses for the business come out of that bank account. That way, if you do get audited, you’ve got a nice little paper trail.” Keeping meticulous records isn’t everybody’s idea of fun. But it can help keep both business and hobby budgets on track, and it can be a lifesaver in case of an audit.

If you are running a business, hold on to your records for seven years, Roberg advises. “Three years is usually fine, but the IRS has all of these exceptions for which they can go back farther,” she said. “So keep them for seven, and you’re covered by most of the exceptions.”

The standard for proving you’re a business, instead of an expensive hobby, is high. The IRS will want proof of commercial intent, evidence that you are intending to make money from breeding dogs.

“People say you have to make a profit within three years, and that’s not necessarily so, although it helps,” Roberg said. “But things that help demonstrate that you’re serious about being a real business include being an LLC; having advertising, like a website promoting your dogs for sale; or a background in dogs or long experience breeding or showing dogs. If you don’t have a background in dog breeding, maybe a background in business would qualify you for running a business.”

Having a written business plan and a business license also can provide evidence of business intent.

If you don’t want the complications of actually operating a breeding business, stick to the hobby category.

While tax deductions for family pets might sound great, AKC Government Relations Vice President Sheila Goffe says pets would not receive better care or protection as dependent-style write-offs than they do under the current tax system.

“The American Kennel Club supports the view that pets are and should remain legal property,” said Goffe. “Treatment of pets as property in the American legal framework establishes both a right and a responsibility for owners to provide appropriate care for their animals. It also provides protections for owners — those who know their pets best — to make appropriate choices regarding their pets while ensuring that they can benefit from laws governing their care and treatment. Considering animals property doesn’t mean that we care for our pets any less than those who advocate for a change in their legal status as either full or quasi-persons under the law. Rather, it serves as the foundation of a stable legal system that promotes responsible animal ownership; deters animal abuse; and promotes innovative, affordable, and quality animal care.”

And tax credits for pet adoption could have negative consequences, Goffe added.

“Notwithstanding the specifics of a proposal, the idea of offering tax credits for the adoption of dogs and other pets is generally designed to incentivize ownership of pets from specific sources while disadvantaging other sources,” she said. “AKC does not believe that tax breaks should be used to incentivize the choice of a pet from one source over another. Experience demonstrates that pet ownership is most successful when prospective pet owners choose a pet that is a good match for their individual lifestyle. Great pets can come from a variety of sources, so it is better to encourage prospective owners to select the pet that is the right one for their lifestyle.”

Dogs become more than pets if you start a professional program: then they become business assets. They’re depreciated over seven years, beginning when the dog reaches maturity for its intended use. For breeding, that would begin at sexual maturity. It’s tempting to write off the dog’s entire purchase price in its first year of depreciation, but Roberg cautions there’s a catch to that: you have to actually be breeding the dog in order to expense its cost, and if you stop breeding it during the seven-year depreciation timeline, you’ll have to reclaim the depreciation for any year you did not breed.

Most people are well aware of many business expenses to deduct, from veterinary care, to advertising, to business letterhead. But Roberg reminds her clients not to overlook less-obvious potential deductions, such as a home office (or a dedicated room for your dogs), internet and phone service, show entry fees, and mileage.

Breeders with other related businesses also might be able to use the expenses from one to offset profits in another, but only if the two businesses make sense together.

Another way to help offset profits is also what Roberg called “my favorite sneaky tax tip”: hire your children as employees.

“Hire them to feed the dogs or walk the dogs or whatever chores they do,” she explained. “If they’re under 17 and you’re self-employed, you don’t have to pay the Social Security or Medicare tax on them. You’re saving a 15.3% self-employment tax, but it’s also a business expense, so you’re saving more. You’re paying your kids, and you’re reducing your business income. There’s no taxable income because your kids are getting a W2, and their income is so low that they don’t have to pay tax at all. And it’s legal.”

Finally, Roberg says, file your taxes on time—and file electronically, not on paper.

“If you’re dog breeder, you’re already in the more-likely-to-be-audited category,” she said. “Something like 10% of paper returns that get filed get audited. Returns that are electronically filed, it’s about half of 1%. E-filed returns are all going through a computer, whereas when you paper-file, somebody’s actually looking at it. Not only is a human being looking at it, they’re retyping it into an IRS computer. So you’re giving somebody the opportunity to say, ‘Hmm, that’s funky.’”

Roberg suggests keeping your records for seven years “just to be on the safe side” in case the IRS comes knocking for an audit. Because breeders’ category of business might attract more IRS scrutiny, they should keep their records in meticulous order, not that they need to operate out of fear.

“A lot of dog breeders wind up losing money between vet bills and shows, which can be expensive, and sometimes your dog dies,” she said. “It’s not a cheap hobby, so a lot of these businesses will lose money. That’s another reason the IRS looks at them, because they see these losses offsetting people’s other income. It doesn’t mean if you’re a business, that you don’t want to take the loss. Do take the loss. But it makes the IRS want to look at them. But if you’re legit and this is a real business, you write off every legitimate expense you can and don’t be afraid of the IRS. Just don’t be surprised if you get the audit letter. Have your books, document everything you do, save those receipts.

And when the moment comes to write the check to the government, don’t delay. Even if you file for an extension on your paperwork, go on and pay the amount that you estimate you’ll owe. If you don’t, you can incur heavy financial penalties.

​“If you do wind up having to pay taxes, pay on time,” Roberg said. “People with small businesses often think, ‘I’ll just file an extension’ and that that buys them time. Doing an extension only buys you time for filing your taxes. It doesn’t buy you time for paying.”

So how much is likely to change now that there’s a new federal administration in Washington, D.C.?

Roberg says it’s too soon to tell. So, for this year at least, don’t expect major changes.

“[President Donald] Trump’s tax plan is supposed to cut corporate tax rates from 35% to 15%. Supposedly, that plan will also allow small businesses and sole proprietors to pay that rate. But, for now, there is no White House tax plan being considered in Congress.”

When in doubt, circle back to your professional tax advisor for guidance. Consulting them early will help you keep your tax season headache-free, so come tax day, you can be right where you want to be: at home with the dogs.