Dogs traveling by airplane. Boxes with live animals at the airport. 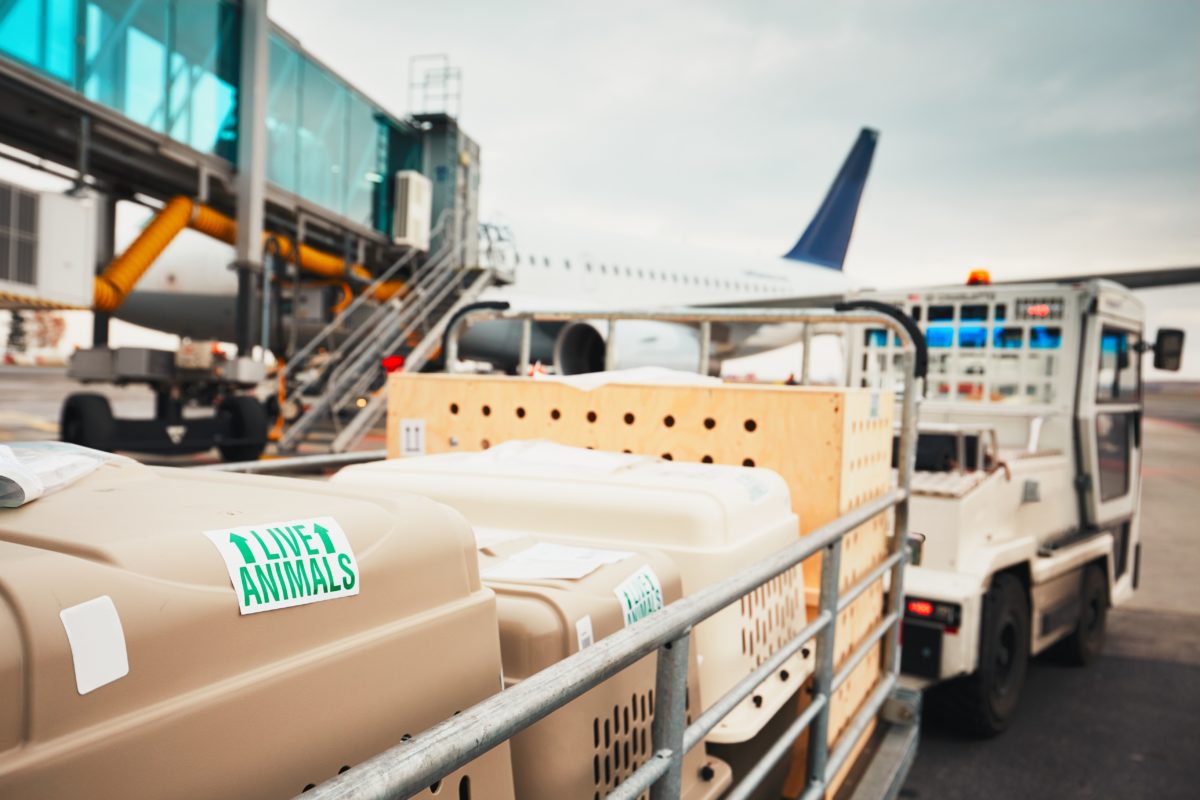 /
Dogs traveling by airplane. Boxes with live animals at the airport.

Every day, thousands of pets are imported into the continental United States for the purpose of sale or transfer in retail or retail rescue markets. According to the American Pet Product Distributors Association (APPA) annual survey, Americans currently own approximately 80 million dogs, and acquire approximately 8 million dogs per year.  Even if the per capita rate of demand for pets holds static, population increases alone continue to create a growing demand for pet dogs – more than are currently available in the United States.

Programs such as low-cost and spay/neuter education programs, responsible dog ownership programs, and leash/restraint laws that were put in place a generation ago have largely resolved pet overpopulation issues in the vast majority of the United States

However, overly broad local and state-level laws and initiatives continue to be introduced at growing rates. Sadly, many misguided proposals equate responsible breeders with irresponsible “puppy mills” — which results in denigrating all breeders as a class as well as purpose-bred dogs. Laws that restrict responsible ownership of intact animals or create barriers to careful dog breeding programs also further reduce availability of domestic purpose-bred pets.

Yet as the APPA survey shows, the demand for dogs in the United States continues to increase, even as lawmakers continue to restrict domestically-raised dogs.

The irony is that to meet the increasing demand for dogs and to continue to offer adoptable pets to their communities, many shelters and rescues now ship in dogs from out of state and overseas.  The National Animal Interest Alliance (NAIA), which leads national efforts in collection and analysis of shelter data, estimates imports today could be as high as one million dogs annually.  While this may at first sound like a good solution, the truth is that massive imports of animals of unknown origins without appropriate health checks puts pets and human health at risk.

Additionally, because there are few checks of companion animals at the borders, it is not known how many dogs are being imported, and few studies have been conducted to get a solid figure. A study conducted by the U.S. Centers for Disease Control and Prevention (CDC) that tracked the import of dogs at the port of Philadelphia in 2006 extrapolated that more than 287,000 dogs were coming into U.S. ports annually at that time.

In conjunction with a surge in random-source dog imports, the United States has experienced an increase in instances of dogs with rabies (including the canine variant that had previously been thought eradicated in the U.S.), canine flu, screwworm, brucellosis and a variety of other infectious diseases directly related to irresponsibly imported pets. The increase in the number of sick dogs entering the U.S. raises critical public health concerns for humans, agricultural animals, and pets that may come into contact with them.

The American Kennel Club believes more extensive and consistent federal oversight of imports is needed to get a better understanding of the issue and set forward these concerns in a new position statement, approved on April 10, 2018:

Pet Imports: Protecting Pet and Public Health – The American Kennel Club recognizes the value of importing breeding stock from overseas, and ensuring that people may travel with their pets with a minimum of disruption. The AKC is also greatly concerned about increasing documented incidences of the importation of unhealthy, random-source pets into the United States, particularly for transfer, where public and pet health may be inadequately protected. AKC supports efforts to better understand the impact of large quantities of dogs being imported into the United States. AKC further supports strengthening efforts to ensure that all dogs imported into the United States are fully immunized, free of infection, parasites and contagious diseases, and are individually certified as such by a qualified veterinarian. No pet should be imported without an individual examination, valid veterinary certificate, and documentation regarding the source of the dog and the party responsible for it upon arrival into the United States.