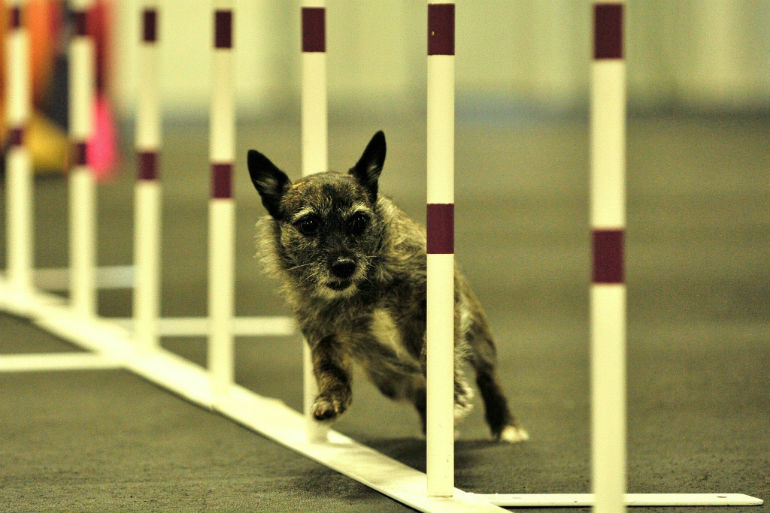 Hannah Naiburg of Milford, CT, was just 10 years old when she helped her family select Molly from a shelter. The little terrier mix and Hannah started doing agility in their backyard. Nine years later, MACH Hannah’s Molly MXB MJB is an AKC Master Agility Champion, and the team has had many national successes. Hannah tells their story:

Molly’s my first agility dog. I started with her when I was 11 and she was 4. I started learning agility with her in our back yard.

Molly is a rescue dog from the Westport Connecticut Humane Society; I adopted her in 2009 when she was 3 years old.

She’s now 9 years old and is still going strong competing in AKC Agility and winning a lot of classes! Nothing slows her down.
Molly is a Cairn Terrier mix; she’s a huge cuddle bug, but can be very bossy!

Molly is a member of the AKC Canine Partners program for all dogs, including mixed-breeds and rescues.